ON STRANGER PRIDES
A PRIDE AND PREJUDICE VARIATION
February 14, 2018 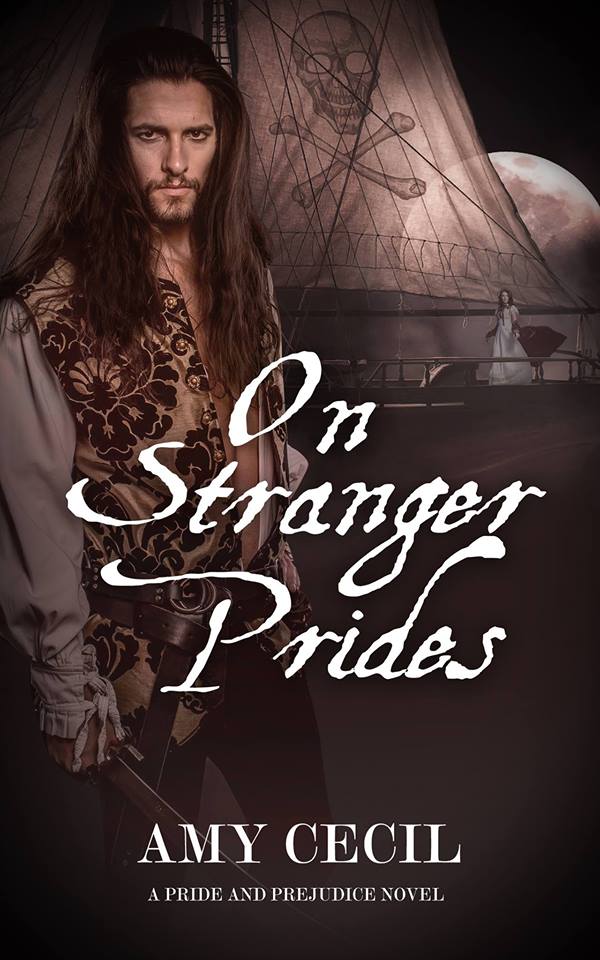 After receiving the worst proposal imaginable from Mr. Darcy, Elizabeth Bennet vows to loathe him for all eternity. Following the condemnation of his character by the only woman he would ever love, Fitzwilliam Darcy decides to disappear from society. Each convinced they will never see the other again … Until, years later, fate sets them both on a different course. Elizabeth is a widowed Duchess, raising her son, the Duke of Grafton. She embarks on an adventure with her son and father to the West Indies, and while at sea her ship is attacked by pirates. When the pirates discover they have British nobility in their grasp, Elizabeth and her son are taken aboard the pirate ship and presented to the captain. Shock does not describe the Captain’s reaction at the sight of the Duchess because he and the Duchess share a past connection; a connection that he left behind eleven years ago.

Purchase a pre-order ebook of On Stranger Prides by midnight on February 13, 2018 and screenshot your purchase in the comments of the pinned post on my author page to be entered to win a Kindle Fire HD 8! Tag and share to add entries. Be sure to comment with your screenshot, along with your tags so they count. Winner will be announced on February 15, 2018.

If you have a moment, could you please support the Thunderclap campaign for this book? It would really help get the word out. Simply click the picture below to be taken to the campaign to add your support.Thank you!