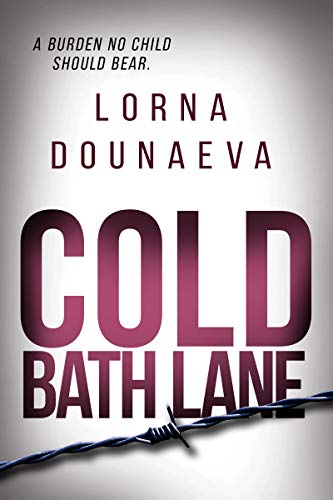 It’s not often that I read a book in one sitting, but Cold Bath Lane is a book that’s impossible to put down. We follow Jody, a 9-year-old who, while her life isn’t always easy, it’s happy, because she has her mother. But then one terrible night, she not only loses her mother, but she welcomes her baby sister Alicia into the world. When questioned by the police to the loss of her mother, she clams up, deciding it was better to stay together as a family than risk losing her sister.

So enamored with her sister, and having a father that has little interest in the baby, the care of Alicia falls directly on Jody’s shoulders. Not only does she have to raise her sister, but the cooking and cleaning is Jody’s responsibility too. Thinking back to the opportunity to tell the truth, Jody wonders if she made the wrong decision because life is hard, much too hard for such a young girl.

As her father’s late-night antics escalate, he now involves his children. Jody is getting very little sleep, no help, and her father is taking out all his woes on the world on her. It’s not easy, but somehow Jody is surviving. After a terrible event that affected both her and Alicia, they get the opportunity to leave their father, but will they be able to make it out in the world?

This was such an intense read, and my heart broke for everything that Jody endured and everything she had lost. Having to live in some of the worst places, I can’t imagine how hard it was for her to stay sane while trying to raise her unruly sister. I was proud of her endurance even if she did get caught up in some terrible situations on her own, but it’s very reflective of the home life she lived. Dounaeva weaves excellent stories, with rich characters and engaging storylines. A fabulous read!

You can read my review on Amazon (I will update this link when Amazon posts it they are taking 3 days lately), Goodreads, and Bookbub, if you’ve enjoyed it, give it a “like”. Grab Cold Bath Lane on Amazon for $4.99, it can be read as a standalone but you can start the series with Fry on Amazon for 99 cents. Lastly, head on over to Facebook and give Lorna a follow to keep up to date on all her latest book news.