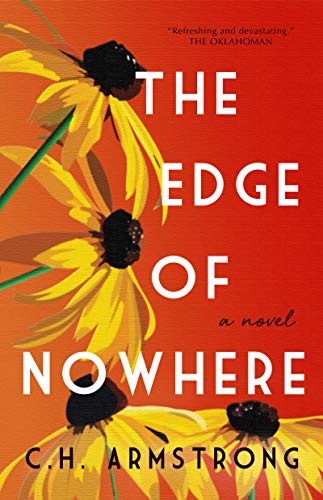 In The Edge of Nowhere, we follow Victoria, who lost her mother and father at a young age. The neighbors took her in loved her as if she were their own, but Victoria is set her in ways regarding love and marriage. Until Will comes along and changes everything for her. Victoria finds the happiness she never thought possible. But during the Great Depression, things were hard on everyone, especially the farmers. But she had Will and her children to help her through. But as things get drier and drier (subsequently leading to The Dust Bowl), things get harder, and Victoria is faced with many decisions in order to keep her family safe and alive.

I think it’s easy in retrospect for people to say such things as “I wouldn’t have done that”, but anyone that knows of The Dust Bowl knows that the combination of the depression and not being able to pull through on your crops was devastating. A mother’s only desire was to keep their children fed, safe, and together. That wasn’t always an option when you didn’t know where your next meal was coming from.

I do feel that the ending was rushed a bit and that I would have been happy to read on more as Victoria’s life changed from her newer circumstances. But The Edge of Nowhere was well researched, the situations Victoria had to face were real and well-written. It was an easy read as far as flow, though the content is anything but easy. But it was something so many people faced, it’s a story that needs to be told.