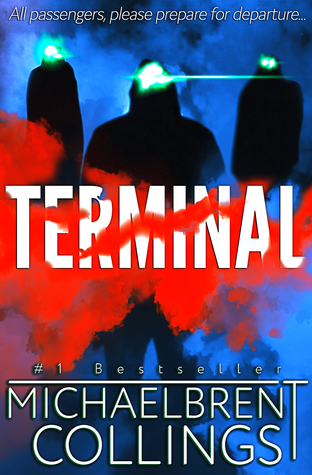 A mysterious fog is moving in and those at the Lawton bus terminal are finding it impossible to leave. Trapped in the Terminal with no way out, they are contacted by “The Other”, and given a mysterious statement and figure out that only one of them is going to be allowed to leave. We follow them through their stories, learning their pasts, and how they interact with each other. In tense situations, it’s almost always a sure thing that people will start to turn on each other. So who can we trust?

This was an interesting story because we are given very little. Slowly, everyone starts to lose their creature comforts, electricity, the ability to use their phones, and even their games. They can’t leave, because the thick fog swallows them up where they are promptly killed.

We’re not exactly sure what the fog is, and we have a feeling that it’s otherworldly, the people in the terminal believe that too. It was interesting to get to know all the characters, to learn their backstories in life, and for some, their crimes. It was almost as if these specific people were chosen to be here. I found myself rooting for Adam specifically, but he surprised me in the end. I will leave it at that as I don’t want to spoil anything. There definitely is a mystery element along with the horror, because people’s things start disappearing, and with a thief in the mix, we don’t know who to trust. I found Collings’ inclusion of actual government projects that have occurred throughout time a nice added feature to the book, and while I knew of quite a few of them, there were a couple more recent ones that I did not. It’s hard to believe a government would do such things, and it adds another layer of “what is going on here?” to the book. Terminal is a fun read that keeps you guessing on many levels.

You can read my review on Amazon, Goodreads, and Bookbub, give it a “like” if you’ve enjoyed it. You can purchase Terminal on Amazon for $2.99.