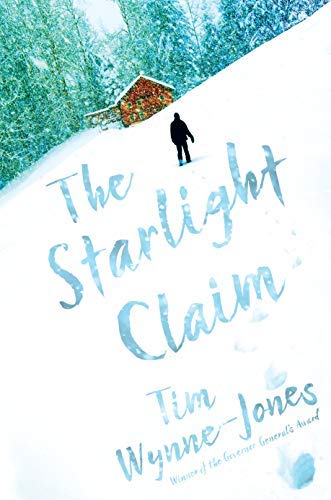 Nate and his friends Dodge and Paul had been planning to hike to Nate’s family’s cabin for almost a year. Dodge and Nate had met up that way as Dodge’s family had a cabin nearby. But then Dodge, Dodge’s brother, and father die in a horrific accident on the water, Nate starts to spiral, plagued with nightmares. With the help of some amazing parents, he starts to get better and think about the hike they had all been planning. He and Paul plan to do the hike by themselves, only Paul gets grounded and cancels the night before.

Against his better judgment, Nate decides to go alone. He feels that because Dodge’s body was never found, he could still be out there. While it is Spring, the brutal weather brought in by winter hang on tight in their part of Canada, still getting deep into the negatives at night. It’s a foolish decision for Nate to go alone, especially if his family’s camp isn’t how they left it when they closed it up in the Fall.

This was a really fun read because once the action started, it was non-stop. Nate was great at thinking on the fly and that’s due to his parents teaching him essential survival skills. Even Nate says that his father wasn’t the type to just answer questions, he would make Nate puzzle it out, and that proves very helpful for him. The Starlight Claim was well-written, and once I started reading, I found it near impossible to put down. Nicely done!

You can read my review on Goodreads and Bookbub, and if you’ve enjoyed it, give it a “like”. As said above, The Starlight Claim was a very early ARC and it doesn’t release until September 10th, but it is available for preorder on Amazon for $11.09.