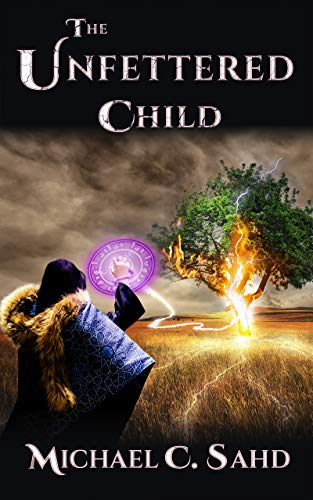 Samara was born under auspicious circumstances, and 8 years later, her tribe finds itself under attack. They have something the elves want, only they’re not aware of that. The elves take the women harvesting for two reasons, a bargaining chip and to work as slaves. The tribe is no match for the elves. Samara, frustrated and scared, unleashes something, a power beyond imagination, and a power beyond her control.

Upon realizing that he’s lost a good portion of his tribe, and clueless to his daughter Samara’s power, Orin sets out to find his wife and take down the elves who destroyed their grounds. What ensues is a quest to fight, to understand, and to reconnect family members.

While a fantasy novel involving magic, this book centers a lot around the characters, their desire to reconnect with their lost family members, and in Orin’s case, his quest to find his wife and take down the elves. He’s a very angry character, who is hot-headed and quick to act. He’s incredibly skilled when it comes to fighting and he’s ruled by his anger and his family. I thought what we learned of the elves had a lot of potential, especially with the way things finished out. I also especially liked the Khaliji, traveling performers that Samara traveled with, namely Varisha and Omar (and wouldn’t mind seeing them in another book).

This was a fun story with many elements of various magic. It was a unique fantasy that had a young girl at its center, and Sahd made it work. Samara was incredibly powerful, and once grown out of the whims of a child, could be the force to be reckoned with. The only thing I questioned was when he wrote that Sigmia had one more task, but we never found out what that was. I initially agreed to read The Unfettered Child because my niece shares our main character’s name, and I’m so glad I agreed because this turned into such a pleasant surprise.

You can read my review on Amazon, Goodreads and Bookbub, give it a “like” while you’re there. The Unfettered Child is available on Amazon for $2.99, it’s enrolled in KU.

One thought on “The Unfettered Child, Michael C. Sahd”