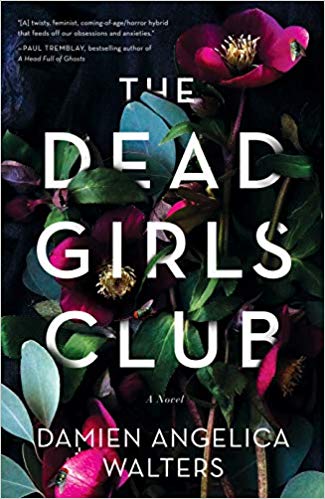 Heather killed her childhood friend Becca, and she’s been suffering ever since. So when mysterious things start happening, she knows someone has found out about her deep, dark secret, but who? Becca was her best friend who loved to tell stories. So when Becca weaves a story about the revengeful Red Lady, Heather is scared, not that she would admit it. All these years later she thought she’s moved on, but someone hasn’t, and they’re slowly breaking down Heather’s fragile walls.

For all Heather’s bouts of missing time and actions that she doesn’t remember doing, I thought she had disassociative identity disorder, so imagine my surprise when she didn’t, because I really thought the ending was going to go a different way because of that belief.

As far as a main character, I really didn’t like Heather, I thought she was weak, and while she did have a reason to be scared, I thought her reactions were over the top. Also, I lost track of how many times Walters felt the need to point out how many times Heather picked and tore at her cuticles, the author could have taken out 10 incidences, and it still would have been too many times.

Aside from what I don’t like about the book, there are a lot of things to like. The Dead Girls Club in itself is a fun concept and something I think kids would totally do. The story was well-written aside from the cuticle thing, and I thought the characters were well thought out. There was a good, steady pace in the book that kept you turning pages to find out what has happened. I’m not one for half-stars because you can’t place them, but I do think The Dead Girls Club isn’t quite a 3, but not yet a 4, so 3.5 stars it is.

For now, you can read my review on Goodreads and Bookbub as The Dead Girls Club isn’t out until December 10th. But it is available for preorder on Amazon for $12.99.

Thank you Crooked Lane Books for allowing me to read this!