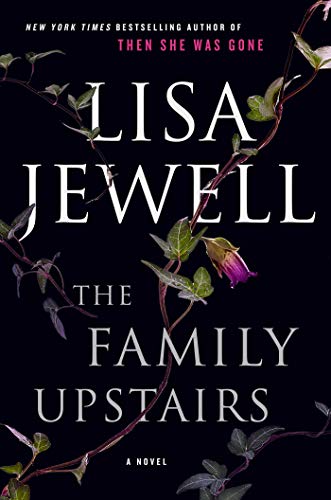 The Family Upstairs is told in 3 perspectives, we have Lucy, a single mom to a tween boy and a young girl. She’s been struggling for years and is homeless. She normally makes her money busking with her fiddle until some teens broke it. Now she needs to pay the repair bill so she can get her children off the streets.

Then we have Libby, who tells our main story about inheriting a house upon her 25th birthday. As she researches her long lost family, certain horrors come to light. It appears they were in a cult, and her parents died as part of a suicide pact. But she doesn’t have the whole story and she wants to know more.

Lastly, we have Henry, and his story is mostly told in the past. His parents are the ones that own the house on Cheyne Walk, and he’s watched his family descent from a wealthy, to-do family, to practically nothing. With ill health and no possessions, this man David that his mother has welcomed into their lives is tightening the reins with every day, and Henry fears none of them will make it out.

Libby is the center of our story because as an infant, she was the lone survivor of what happened on 16 Cheyne Walk. Her brother and sister were never found and so she has no way to really piece together this mystery of what happened and why she was left behind. I think out of the three views of the story, Henry’s was the one that was the most bone-chilling, because we watch this man David completely take over their lives, and Henry’s mother is just so enamored with him, she not only lets him do this, but she thinks it’s an absolute blessing. Even though Libby is at the center of the story, she doesn’t stand out as a character compared to Henry and Lucy.

I read some other reviews that people didn’t much care for the varying timelines and points of view, but I’m a big fan of authors giving the readers just enough to keep them needing more and that’s exactly what Jewell has done here. We need to find out what really happened. We want Libby to put together the puzzle, we want Lucy to find that better life for her children, and we really want Henry to get out of the hell that is his life.

I loved watching the story come together and I think Jewell did it incredibly well. We have a huge cast of characters, and if you’re paying attention, it’s easy to put together the family tree of who’s who. I found myself screaming at David’s mother, the nerve of just letting the family slip into nothing because she’s putting her happiness before her husbands and her children. Dark and creepy, The Family Upstairs was a super fun read.

For now, you can read my review on Goodreads and Bookbub as this was an ARC from Atria Books. The Family Upstairs is available for preorder on Amazon for $12.99, it releases November 5th.