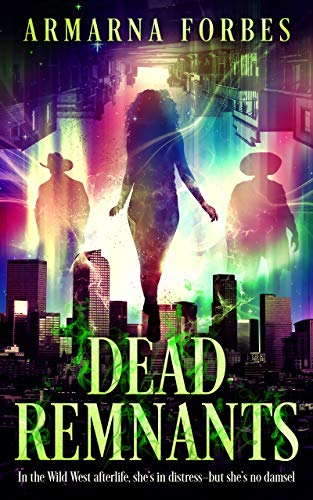 After a bus crash, Ashen finds herself dead. The new world is filled with ghosts and something much darker. But the darkness doesn’t come as a total surprise, she’s had a run-in that nearly killed her when she was younger. While she’s not ready to stay amongst the people she’s meeting, she does plan to stay long enough to find her best friend Jacob that was on the bus with her. When she finds him, she can only hope he isn’t lost to reality as so many people here have fallen prey to. There are warring factions among the dead with the Light, the Unseen, and the Warders, and it’s getting in the way of her goals, but she might have to learn to rely on the people trying to help her if she wants to get through all of this unscathed.

So this was a fun read mostly told in Ashen’s point of view, but Forbes dedicated chapters to some of our other important characters backstories as to how they died, and I really liked that she did that as it not only gave a complete and vivid picture, but the other characters had really interesting backstories, some of them including Native American Lore. In addition to Ashen, we had Macajaw, Max, Angry Fox, Vana, John and so many more.

The storytelling here is great (with the exception of a couple things that didn’t make sense to me, and those were completely minor). Forbes has created such a fun world that gets you sucked in, it’s highly imaginative and unique, with so much action it has you desperately flipping pages to find out what is going to happen. Am definitely a new fan anxious for more from this new author.

You can read my review on Amazon and Goodreads, give it a like while you’re there. Head on over to Amazon and purchase Dead Remnants for $3.99, you’re going to love this book!