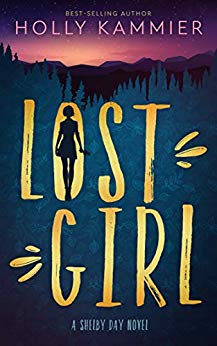 Shelby is trying to make a name for herself as an investigative reporter in a small town so she can move back home with a good reporting job. But when she starts investigating the murder of two young female roommates, she unknowingly puts herself in the murderer’s sights. Meanwhile, her cameraman Jack is interested in her, and she’s not having any of it. A relationship will get in the way of her goals, and when it comes to her dreams, she’s singularly focused. But that doesn’t mean she doesn’t consider him her best friend, even if she spends more time pushing him away and investigating on her own that it continually puts her in danger.

So the thing I didn’t love about this was that Shelby claimed PTSD is in their DNA. That’s not a thing, and while she suffers from anxiety, that doesn’t mean it’s PTSD. In fact, I can’t quite figure out why she would make such a claim, and it’s offensive to us sufferers for someone to make such a claim without a reason (her mother is overbearing, sure, but PTSD overbearing? I’m not buying it). I also don’t understand why she continually puts herself in harm’s way for the sake of a story. I get she’s trying to avoid Jake, but why not take someone else along? She repeatedly makes poor decisions, which makes her a huge liability as a potential hire down the road.

I don’t think the Children’s/YA category quite fits this book though and that’s something that can easily be fixed. Clearly, I did rate this 4-stars despite not loving Shelby or her PTSD claim because aside from that, the book is really good. I liked the storyline, the writing is great and easy to read, and it was a book you didn’t want to put down once you started it.

For now, you can read my review on Goodreads and Bookbub as I received this as an ARC. Lost Girl is available for preorder on Amazon for $6.99, it releases January 5th.