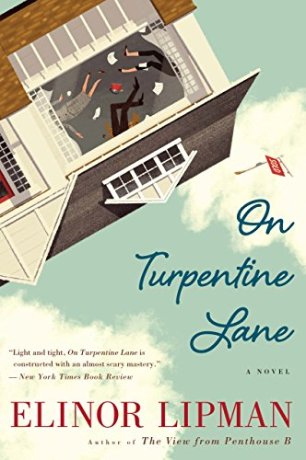 This one has been pretty well summarized, so I’m just going to get into my thoughts of this book. Faith is very particular in how she likes things done, except when it comes to her fiance. (ugh, I hated him and hated that she put up with him as long as she did.) I didn’t care for her bla·sé statement of “I think I have post-traumatic stress disorder,…” with no real reason as to why she would have it because as a sufferer, I really hate off-handed comments like that. But her family was full of entertainment from beginning to end.

While I did feel the major mystery seemed added in for excitement, I rather did like it. Though when it comes to solving it, I felt Faith was a bit of a bully when it came to interviewing Mrs. Lavoie. The exchanges she has with the police officers are clever and amusing, and I chuckled during one of them in particular. As far as characters go, they’re all richly in-depth, even the ones I didn’t like, such as the fi·an·cé Stuart and Faith’s father, were well-written to be unlikable.

Overall this was a fun read. It was well-written, with a storyline that had a lot of fun elements and situations. I was happy that Faith found her backbone, happiness, and that she figured out the mystery on her own. Lipman did a really good job with this, and she definitely has a new fan.

You can read my review on Amazon, Goodreads, and Bookbub, give it a like while you’re there reading. On Turpentine Lane is available for purchase on Amazon for $9.99.