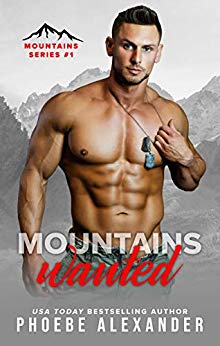 Sarah lives a poly lifestyle and when she meets James, she’s instantly attracted. True he’s a bit younger than her, but she wants to explore that connection and see where things go. James isn’t sure what he wants right now, but he knows he likes spending time with Sarah. There’s a bit of relief that happens when she says she doesn’t want anything too serious. But as things grow between the two of them, Sarah finds herself wanting more while James is content with their original agreement, so where could their relationship possibly go from here?

So I wanted to be a bit upset with both of them, Sarah for changing the original agreement as her feelings grew and James for sticking to the original agreement (and also for being so closed off). I understand his background is military and he’s got a rough exterior (and approach to things), but when Sarah keeps pleading that she needs more, he only gives a little. I would have liked to see some of James’ perspective on things, to see where he’s coming from. This story is a large story even broken into 3 parts, so there is still a lot more Alexander has in store for her readers and I can’t wait to see what’s in store.

You can read my review on Amazon, Goodreads, and Bookbub,  give it a like while you’re there. Mountains Wanted is available on Amazon for $2.99