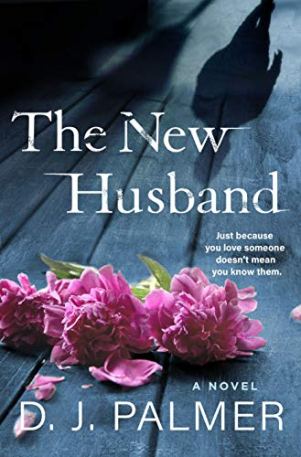 I didn’t read reviews before I read this because when a book is labeled a thriller, I don’t want to have spoilers revealed. But I did read a lot of reviews before starting mine because I wanted to see if people noticed the same things I did.

To me, it was odd that when we were in Nina’s perspective we were in the third person, but when we were in her daughter Maggie’s perspective, we were in the first person, and I imagine that was difficult to write switching narratives as such. Also, I didn’t love how suddenly a chapter would be Maggie’s perspective, but we only know that from reading the text (it would be nice to let the readers know, hey, I’m switching perspectives and narrative here for a chapter…) Connor wasn’t much of a character, yes he came into play later on in the book, but he was mostly just there, and that’s okay because this really is Maggie and Nina’s story. Randomly, what 13-year-old calls a remote a clicker?

And I’m trying to avoid spoiling for other people but come on, the creep vibes were from the start! And I thought that was really interesting of Palmer to not create an air of mystery but rather flat out start with this vibe, that screamed danger, no thank you, move along! And I’m left wondering if I’m the only one that sees this or not because I’m not seeing it in the other reviews I’m reading.

This quote is the perfect tagline for the book “Just because you love someone doesn’t mean you know them.” Because yes, yes, Nina, yes. Get on board with the program Nina. I’ve written all this and noticed I didn’t do my normal summary, and I think you get the gist from the summary that there’s a lot of creep, a lot of signals being ignored, children being ignored, and there’s an excellent vibe coming off this book that says “definitely read me but be prepared we’re going to get weird in some elements of the writing style and with the story itself.” Bare with it, it is a bit slow in some places but it does get better. Well Done. Thank you St. Martin’s Press for this little gem, I tend to always dig their reads so that’s why I request them a lot.

Check out my review on Amazon, Goodreads, and Bookbub if you’re over there. The New Husband is available on Amazon for $14.99.
The New Huband Blurb copied from Amazon book page:

Just because you love someone doesn’t mean you know them.

Nina Garrity learned that the hard way after discovering that her missing husband, Glen, had been leading a double life with another woman. But Glen’s gone—presumably drowned while fishing on his boat—so she can’t confront him about the affair or any of his other misdeeds. A year and a half after the accident, Nina considers herself a widow, even though the police never found a body. Following a chance encounter with Simon Fitch, a teacher from her daughter Maggie’s middle school, Nina finds love again and has hopes of putting her shattered life back together.

Simon, a widower still grieving the suicide of his first wife, has found his dream girl in Nina. His charm and affections help break through to a heart hardened by betrayal. Nina’s teenage son, Connor, embraces Simon as the father he wishes his dad could have been, but Maggie sees a far darker side to this new man in their lives. Even Nina’s good friends wonder if Simon is supremely devoted—or dangerously possessive.

But Nina is committed, not only to her soon-to-be new husband but also to resuming her former career as a social worker. Before she can move forward, however, Nina must first clear her conscience that she’s not making another terrible choice in a man. In doing so, she will uncover the shocking truth: the greatest danger to her, and her children, are the lies people tell themselves.